Beneath Those Feathered Bears is a system agnostic adventure setting/hex crawl.

A family of Bear Gods have taken the land, swathed in feathers, bright and brilliant in colour. And while they are glorious and majestic in look, they are still gods, and prone to toying with the lives and livelihoods of mortal beings. Not malicious, or hateful, but lawless and wild; the bear gods have made their influence known, bringing with them a fog blanketing The Hazel Wood, and it's singular town, Mudden, in their chaos magic.

This pamphlet  includes a bunch of weird bear gods, rumours about their powers, a hex map for exploring their current territory, some notable NPCs and some strange creatures of the wood. There's also an underground theatre troupe.

The second pamphlet is a player handout that has a clean map and places for note-taking.

Made for the Random Adventure Jam, hosted by Chris Bissette, with a title from their rad generator.

If you want a printed copy of the two pamphlets and are in NA, buy it for $3 and send me a message and I will send it your way!

I love the pamphlet style!

I would also like to ask for guidance with something.
"Why do you seek the bear goods?" One of the reasons is: "You're gay."
How should I interpret this or present it as an option to my players?

Not the author here, but I'll take a shot at replying: "bear" carries a specific meaning in certain gay communities. Wikipedia says, "It describes a hairier and/or heavy-set gay or bisexual man."

So to interpret the result, the character is a gay person interested in bears (heavy hairy dudes). It's could be a joke, but it could also be a fun way to subvert expectations.

As for presenting it to your players, you could probably start off by saying, "Hey, you might not get to pick your sexual orientation in this game. Is that okay with you?" If so, great! If not, you could change that option to something else or let them reroll.

Thank you so much! Didn't know about this hidden meaning and that question example helps a lot in how to present the game.

Beneath Those Feathered Bears is a joy.

A weird-wilderness adventure, it consists of 4 pages spread across two pdfs. The Player Handout contains a map and some other useful documentation fields. The main PDF contains the adventure and advice for the GM and group.

Everything is layed out immaculately, and the art is excellent and matches the theme perfectly. The map is a hex grid with illustrations in every hex----and this might be tricky in a bigger map, where information needs to be processed rapidly and in bulk, but it's perfect in a small map. Every hex gives a detailed snapshot of what it's like to stand there, in those particular woods.

Plotwise, Feathered Bears takes place in a remote region where a group of feathery bear gods have awoken and started weirdifying the surrounding woods. This is socially disruptive, so it's very easy to spin specific adventure hooks out of it---anyone in the nearest village with even a modest amount of power probably wants the bears gone or turned into handy artifacts.

There are five bear gods, all with detailed personalities, and none of them are categorically good or evil. They don't think in terms of human morality, but (most) are capable of reciprocating behaviors and behaving kindly towards people who treat them well.

There's a table of possible player motivations---all of which are great---but they do tend to clash. If you have everyone roll randomly on the table before beginning play, you'll likely have inter-party fights between the folks who want to honor the bears and the folks who want to kill them.

The adventure also has detailed writeups for locations, npcs, and encounters. Examples of enemies are given (and great,) but nothing is statted.

Broadly, Feathered Bears' tone leans towards social encounters. There are plenty of things that can be fought, but almost nothing that can't be reasoned with. Moreover, everything has nuance. The bears are complex. The town is complex. The individual encounters are complex. There's no d4 goblins with cutlery hopping out of the bushes at you. If you fight something, it's almost entirely due to your choices.

Overall, if you're looking for a low-to-medium-level location adventure with a lot of social encounters and a fantastic woodland setting, and if you've got a system that can handle quickly filling in the stats for encounters, I strongly recommend picking Feathered Bears up. 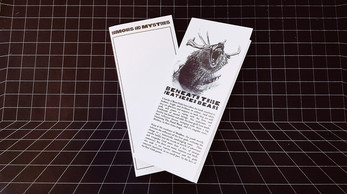 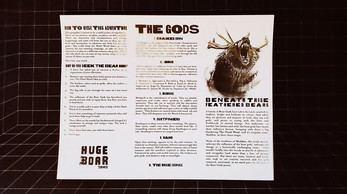 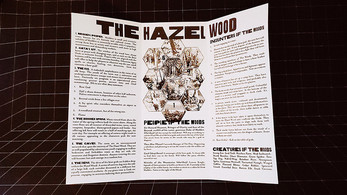 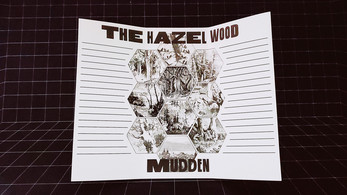 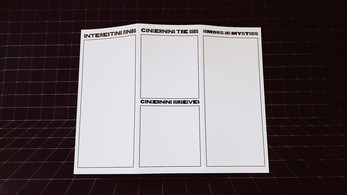